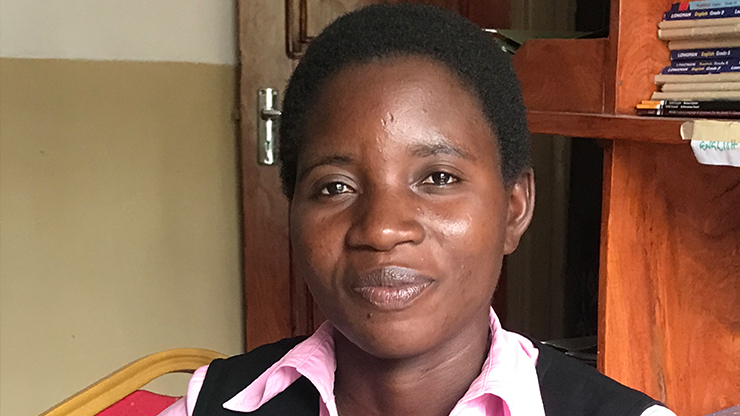 DON'T PULL ME DOWN, DON'T LEAVE ME BEHIND

Juliet’s story is an example of determination and perseverance. Raised only by her mother, she attended school through grade 9, when her mother became ill. She left school in 2003 due to lack of financial resources, eventually married and now has four children. Several years ago, she began taking vocational training classes at the Kaoma WISE Trust Women’s Center, where she learned that WISE offered scholarships for secondary school. She had always held dreams of finishing her education and becoming fully employed, rather than struggling with the meager income from her subsistence farming.

Juliet applied for a WISE scholarship, but because so many years had passed since she was last in school and received her exam certificates, she first had to retake her grade 9 examinations. In 2017 she began 10th Grade on a full WISE scholarship and has been a stellar student ever since, all while continuing to sell her produce in the market and parent her four children. Following her 12th Grade exams in December of 2019, Juliet plans to take short courses at Kaoma Trades during her gap year and will then apply to Kaoma Nursing School to fulfill her long-held dream of becoming a nurse by beginning studies in 2021. Once accepted, her WISE scholarship extends to tuition at nursing school.

Now 32, as she looks to a brighter future, Juliet says, “Through WISE’s help, I find myself to be here today.”